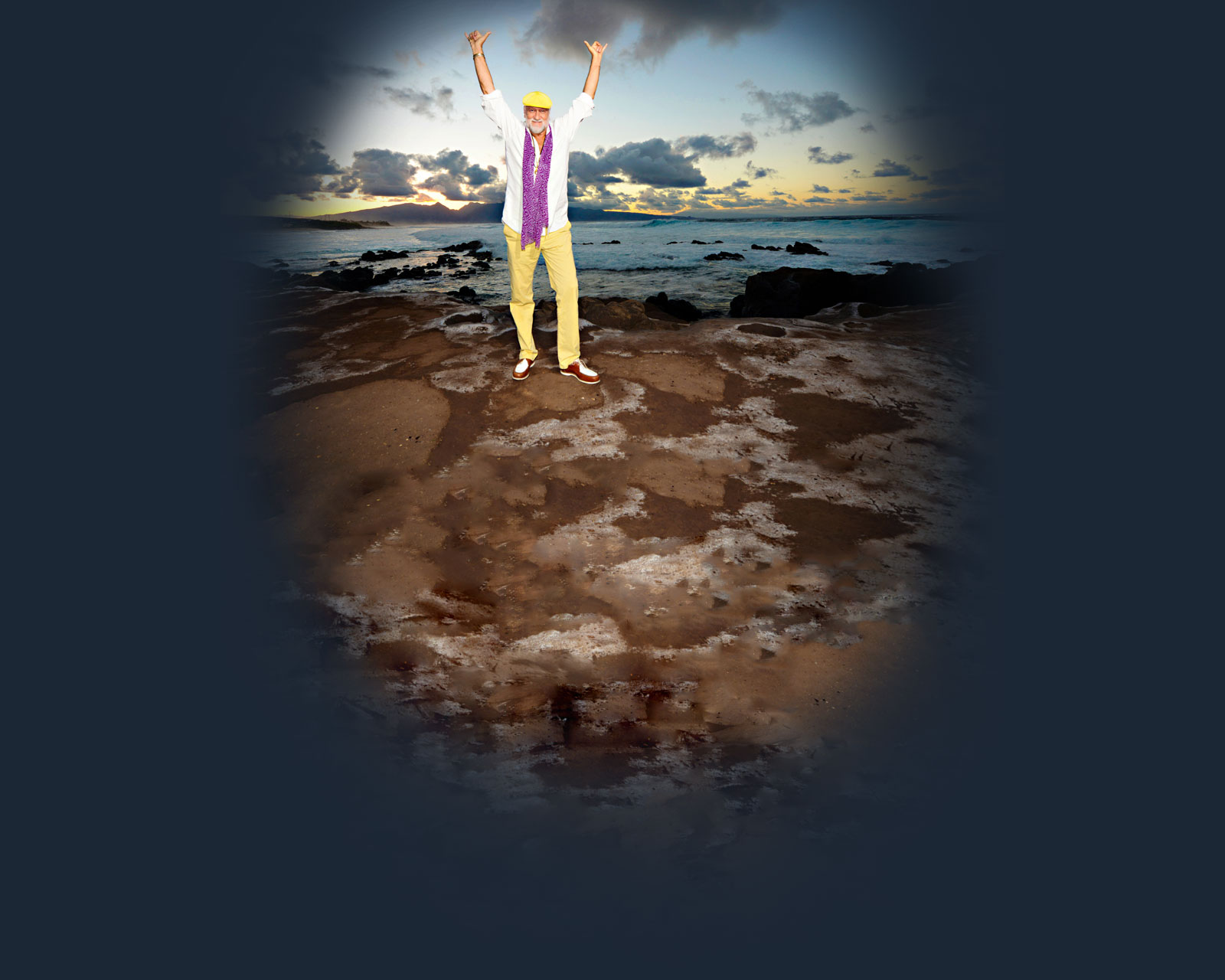 Last year Details Magazine caught up with Fleetwood, now 65, by phone in Philadelphia after the first stop on tour, to talk about how running a band is like running a restaurant, the importance of breathing, and putting your nuts on the line for music.

DETAILS: You told Playboy last year you never thought you would tour again. What’s it like being back?

MICK FLEETWOOD: No matter what—rehearsed, under-rehearsed, over-rehearsed, doubts about rehearsing—the first gig is always the first gig, and you put on your little praying hat, batten down the hatch, and do what you do. A lot of the performance is just muscle memory, but the band has been really active over the years, so we were in good shape.

But that article, so you know: I’m usually the cheerleader; that at all costs, it’s Fleetwood Mac forever, but I have to learn to let go after 45 years of waving banners. That was the first time I said that maybe this is never going to come back together. But it was certainly attached to the hope that it would—and it did.

DETAILS: The only downside is that you weren’t able to persuade Christine [McVie] to come out.

MICK FLEETWOOD: There is no persuading. I promised her that was one thing I would never do after she made up her mind to leave—she knew, and she was like a sister to me, she knew I was devastated—but she looked me in the eye and said, “Mick, please don’t ask me.” And I said, “I will never ask you again, Chris.” And I didn’t ask her then, and I haven’t asked her since.

DETAILS: With all due respect, she might be my all-time favorite Fleetwood Mac member.

MICK FLEETWOOD: Hey, Christine has a huge legacy in the history of this band. Huge. And she’s doing super-well. We were just in Hawaii for three weeks gallivanting around, and she played for the first time on stage since she left Fleetwood Mac. She played with me and Steven Tyler and Rick Vito in my blues band at a little theater on Maui, and she was fucking great.

DETAILS: She seemed to be a pivotal person for you guys after [founding guitarist] Peter Green left. How do you feel about some of those early versions of the band, between albums like Penguin, Bare Trees, Mystery to Me…

MICK FLEETWOOD: I love a lot of those albums. They were never hugely successful, but if you bundle them together, those albums from what we call the Bob Welch period of Fleetwood Mac—along with, obviously, Chris and myself and John [McVie], a couple of other people who came and went—were incredibly important for the survival of the band people know as Fleetwood Mac. Artistically, there’s some really cool stuff that we did. The music was very different, but there was always an umbilical connection that hopefully stopped it from being completely devoid of any connection to our more recognizable sound. I think a lot of that probably came from the fact that the rhythm section, which included Christine, survived.

DETAILS: You said in your book that Bob Welch saved Fleetwood Mac. When was the last time you spoke with him? [Ed. note: Welch committed suicide last year.] Did you know he was having problems?

MICK FLEETWOOD: No, I didn’t. In fact, on the last tour [in 2009], he came to see us backstage. He looked great. We gooned around as we’re known to do, and we spent time with Lindsey. But what I found out is that he’d had massive amounts of back surgery that left him depressed that he was not going to get better. He couldn’t pick up his guitar; he had trouble bending over to do his Pro Tools, which he loved to do in manipulating his music. So, unbelievably, Bob left us in the way that he did.

MICK FLEETWOOD: No more or less than I normally do. I don’t have huge, specific name-dropping abilities; I never did. My only real criteria are just to look for things that are passionate and that move me. I’d prefer to listen to something that may be a bunch of crap, but someone’s putting their nuts on the line and communicating, you know?

DETAILS: Speaking of putting your nuts on the line, you just opened a restaurant, right?

MICK FLEETWOOD: This is what we call a segue, right? [Laughs]

DETAILS: Exactly. Do you consider yourself much of a food connoisseur?

MICK FLEETWOOD: I learned very soon and early on, as I think a lot of musicians do, that we would meter our tours with “That’s the town where they have a really good Indian restaurant” or “Around the park they do a Bolognese that’s just to die for.” But if you were to ask me, “What the hell does a musician have in common with a restaurant?” I would say a huge amount. It’s showtime every day, it’s a team of people, like, running a circus, which is running a rock-and-roll band. I love the fact that when all is said and done, when it’s showtime, everything that’s either good or bad in your life has to be put aside, because you have to function and serve the people, which is a performance. A restaurant has all of those ingredients.

DETAILS: Do you have any techniques for staying in shape or living healthy?

MICK FLEETWOOD: I spent many years through the riot days of the seventies and the eighties, and quite frankly into the nineties, where I didn’t have huge regard for my well-being and my body. But I do now. I keep fit, I work out, I eat pretty damn well, I don’t drink like a fish, and all of those things are tempered with a holistic mind-set that you need to damn well respect the vehicle that you’re walking around in. I know this sounds rather stupid, but right before a performance, I do some breathing exercises that help me calm down. I tend to get a little bit nervous, and it works. I consider myself lucky as a human being, having rocked with the best of them, so to speak, to become aware that 65 years old is not old. You can get into your eighties and you can function really beautifully if you take care of your body.

DETAILS: You guys kind of epitomized seventies rock-and-roll style. Are there certain fashion crimes that rock stars can get away with that normal people can’t?

MICK FLEETWOOD: I think there are. I love wearing a lot of color, and I am majorly into scarves. I’m the Beau Brummell of Fleetwood Mac, no doubt. I came out of that whole ilk in London surrounded by [designer] Mary Quant, because my sister was a designer herself, and for a couple of years, I was in a band with Rod Stewart, who is a total Beau Brummell and still is. Even when we had no money, we’d go have handmade jackets made with bespoke tailoring. I love traditional tailoring, and although it may sound a bit corny, I think Ralph Lauren is really brilliant. It’s organized chaos, basically.

MICK FLEETWOOD: “Oh Daddy.” You know how the language can get in the bedroom. I hope that doesn’t get me locked up.